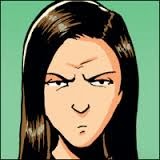 This past week, I received an email from a 50-something-year-old asking me if I could take the DNA from her dead husband’s ashes and use them to get her pregnant.
I should note that I’m holding a pen in my hand… not a magic wand.
Although this is the first time the word “cremation” was ever a part of a fertility request, it was not the first time a woman over 45 has asked if she could get pregnant using her eggs.
Let me be super-duper clear here: There are women who do get pregnant or who are even fertile over the age of 42. However, they are very sadly in the minority. Then, even if they can get pregnant, because their egg quality has dipped, they either tend to have more miscarriages or the children they conceive are more susceptible to chromosomal issues.
I know this because I tell women this all day. I don’t enjoy being the bearer of bad news and many get pissed at me. What pisses them off even more is the majority of doctors in the United States won’t even see a patient over a certain age unless they are interested in using donor eggs.  Clinics either don’t want to deal with the risks, they don’t to put the patient through needless cycling or quite frankly, they don’t want to affect their success rates. Yes, I’m the messenger of this but I’d rather tell them than have them pay a $500 consult fee to tell them it’s either donor eggs or the highway.
Now, not to be a douche here but I’m always a little surprised when women over 40 can’t believe this would at all be an issue. Again, I’m not saying it’s impossible to get pregnant. I’m just wondering if they have ever seen any romantic comedy where some hot actress with amazingly toned arms who is  probably only thirty-years-old is freaking out about her biological clock ticking. Really – how do women miss that age is a factor when it’s rammed down our throats?
This brings me to the title of today’s blog. This past week, I turned 40. I don’t typically care about getting older but when you’ve struggled with infertility for years and then you tell people all day long that being 40 makes things even worse, it hits home.
Let me tell you where I’m at these days: I’m heavier than I’ve ever been (you could show a wide screen movie on my ass), I had to have my gallbladder out a few weeks ago (it came out on National Coming Out Day though so it was exciting to know my gallbladder was gay and proud!) and the dream of having a miracle pregnancy naturally has very much gone down in flames.
I’m exceedingly grateful for my son (courtesy of my 3rd Hail Mary IVF) but I did have hopes of having one more somehow.
If ONLY my pen WERE a magic wand.
I’ve made my decision not to pursue anymore treatment as I was a horrible responder and to spend any money on a cycle that will most likely not work when I could spend that same money on the funny, happy, sweet child I do have. I made that decision and it still makes sense. It just also happens to suck.
I’m officially old. Well, “old” by fertility standards and I was never that fertile to begin with. I now have four scars on my fat stomach from “Gary, the Gay Gallbladder” dramatic exit, I needed to get a stronger eye glass prescription as I’m going blind and instead of packing a string bikini for my upcoming vacation, I packed Imodium.
In addition to my little list of unhappiness above, my miracle son has been diagnosed as being on the “Autistic Spectrum” and my father has been having some health concerns. Our son is in Early Intervention and they are confident that will sincerely help him and as for my dad, we’re hoping for the best and taking it one day at a time hoping for only only good news. So, it’s been a lot of worry, stress and feelings of overall poopiness.
In many ways, things are good and I swear, despite my current whining, I know I have a lot to be grateful for. I will celebrate, I will focus on the positive and I will continue to eat cake despite what the scale says. I just know that with this milestone, some wishful thinking and some choices have been even more shut down.
So, the morning I turned 40, my dad was getting another test, my son was working with his speech therapist and I interviewed an owner of a home insemination kit. I somehow ended up talking to him for a full 20 minutes about sperm. An odd, yet strangely typical day.
I was recently talking to someone and they asked me what the biggest problem is with infertility and how would I solve it. I thought long and hard about this as I can think of so many things wrong with infertility. Insurance coverage, costs, friends and family who don’t understand, women in their 50’s who don’t get their period anymore asking me why they can’t use their own eggs and so many understandably naïve people just starting treatment not realizing all of their options (or all of the acronyms on IF chat boards).
My answer was that the biggest problem about infertility is no one talks about it and it’s simply not main stream or accepted enough. Wouldn’t it be amazing if it was as much in our daily lives as diabetes, or breast cancer or any other actual medical condition? Wouldn’t it be a huge f*cking help to all of us if people didn’t pity us or dismiss us as just unlucky? Wouldn’t it be even better if people didn’t say stupid sh*t like, “Go on vacation!” or “Have him leave his socks on!”

Seriously – if there was some way to educate the public (both fertile and infertile), the problems we could both solve and avoid!
And that is something that is comforting to me right now. In many ways, I feel like a stressed out, fat, failure that’s as always, maintaining my sanity and sense of humor at all times. However, I know that every day, through my job, my own advocacy work, social media and my blog, I’m doing something that I’m passionate about inside and out. Whether it’s my son’s music class, a Facebook post, a dinner party, a family member, at Resolve’s Night of Hope, I Believe Video Contest or the many, many people I talk to through Fertility Authority, I’m doing something I believe in. And that’s educating others on infertility.
Even in the midst of stress and agita (an Italian word I so love), I get numerous emails from people thanking me for my honesty, or helping them get a second opinion, or encouraging them to just go to the doctor in the first place. I mention this not as I, “I’m awesome! Look at me!” I mention it because hearing that I’ve helped or inspired anyone has comforted me during this crazy time more than I can say. When you celebrate the day of your birth, there’s nothing more satisfying than knowing a few people out there are actually glad you exist.
I talk about this a lot and I cling to it often: When things are tough, no matter the issue, it’s better to focus on the positive and wrap yourself in that. I’m alive, I have a loving and fun husband, I have my adorable son after trying and hoping for so long (and who I adore more than anything), I have very funny supportive friends, I have a loving family and I have the infertility community, which I’m honored to be a part of. Truly. It’s a club I wouldn’t have elected to join but they are some of the strongest, bravest, most compassionate group I’ve ever known and I’m proud to stand with them.
So whether it’s educating young women on exploring freezing their eggs, advising older women about which doctor will see them with their own eggs or exploring donor eggs or surrogacy, or telling someone that we don’t yet have the technology to impregnate them by using a recently deceased person’s ashes, I continue to push forward. Thank you for pushing me along with you.