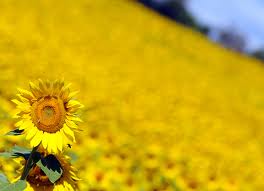 Whenever you ask yourself, “Where is Jay? Why hasn’t she blogged in a while?” (Not that any of you have actually asked yourself this question but humor me for a moment), I want you to picture me sitting at my desk at Fertility Authority fielding such questions and comments as:
“I’m calling about fraternity treatment.”
“I mean – doesn’t EVERYONE have Chlamydia???’
“I don’t have fallopian tubes. Can the sperm work around that though so I can get pregnant naturally?”
“I need futility treatment.”
“I’m not infertile. I just don’t want to have sex with my husband.”
Luckily, not all of our calls and inquiries are along these lines. I would say these are the occasional colorful surprises throughout the day.
I’ve been at this job for over a year and some of the patients I’ve worked with early on are now giving birth. There’s one story (and I hope she doesn’t mind me sharing this as she reads this blog often) that particularly touched my heart that I’d like to share briefly.
She and I met through this blog and through emails, phone calls and texts became friends in real life. She would produce perfect embryos but kept having miscarriages. Her doctor at the time said it was just “bad luck”. She had two embryos left for a frozen embryo transfer (FET) cycle, but she lacked the strength to go through yet another heartbreaking cycle.
I did some research and found a doctor not far from her that specializes in recurrent miscarriages. After much conversation and understandable hesitation, I convinced my dear, lovely friend to go for an appointment.
The doctor ran some tests and found what she believed to be an autoimmune issue. They addressed it, did a different protocol and did an FET using the last two embryos. Over a month ago, she gave birth to those two embryos: a healthy boy and girl.
In just the past month, I’ve received emails from 6 different people letting me know that they are now pregnant or that they’ve given birth.
I’ve written more times than I can count about the importance of getting a second (or third) opinion (especially when some asshat tells you that you’ve just had bad luck). I’ve also written A LOT about how I have a hard time saying that I’m grateful for infertility. Really – who would ever choose to go through any of this? Who can ever say, “Yaaay infertility! I’m so glad you knocked on my door, set my relationships, self-esteem and finances on fire! Thanks!” Certainly not I.
However, there was an incident through my son’s music class that got me thinking… AND LET ME BE CLEAR: This is not a mommy story so never fear!
On Saturday mornings, I take my son (my lone perfect embryo from my 3rd IVF) to a music class for toddlers. If it’s at all possible, I may love this class even more than my son does. The teacher is passionate about teaching, about the true joy of music (which next to Starbucks and blocks of cheese, music is my only real addiction) but he also has a genuine enthusiasm about life that is simply infectious.
Outside of where the class is held, the teacher decided to plant, cultivate and grow sunflowers. In one of our recent classes, we were looking out the window at the result of his hard work. The sunflowers had grown to be quite tall, strong and frankly, absolutely gorgeous. We watched passersby stop to admire them and even in some cases, pose next to them to take pictures.
A few days after this, my husband and I received an email that someone in the middle of the night cut down all of the sunflowers for no discernible reason. This was so upsetting as we knew how much work was put into them and how very well intentioned those flowers were. In the email, it was requested that as a show of support, we all bring sunflowers to our next class.
When I arrived the following Saturday, there were sunflowers floor to ceiling, in the windows and on every counter top. Several children even drew pictures and made collages that looked like sunflowers.
I spoke to the teacher about the incident and he said, “I’ll be honest – I was absolutely livid when I saw what happened… but really, this turned out to be one of the best week’s ever. I’m overjoyed!” He went on to say how touched he was by all of the people who came by, who brought flowers or artwork, the emails he received and the wave of affection that was given to him. And if you think about it, even though the flowers around the room were not the ones he grew, they did come from the relationships he cultivated and nurtured through his work.

So really, what started out as a negative act became a positive reaction.
What struck me most was the teacher sincerely wasn’t bitter. He was definitely hurt and disappointed at the loss of the sunflowers but he so genuinely felt that the positive outweighed the negative. And really, isn’t it better to focus on the many, many people who showed him love rather than think about the one person’s cowardly act?
This got me thinking about whether you really can see the positive in even the worst situations. Some things happen that are just beyond awful. One example that comes to mind is the shooting that happened in Connecticut at Sandy Hook Elementary. It still haunts me often and I can’t even bear the thought of what those parents must feel.
I read an interview several months ago with one of the parents whose son was killed in the tragedy. He apparently died in the arms of a teacher. The parents expressed gratitude for that – that at least he wasn’t alone and someone was holding him. That they would take that detail and find the comfort in it gets me every time I think about it.
Now obviously, someone cutting down your sunflowers, struggling with infertility and losing a child in a violent, horrific act are all on completely different parts of the spectrum. What I’m now toying with though is thinking about all of these negative things in my life and not necessarily being grateful for them, but just trying to see what good you can focus on in each.
Lately, when I’m stressed about something, I ask myself, “What’s the positive here?” I’m not saying there’s a reason for everything and I’m certainly not saying that I always come up with some positive take on every situation. What I’m saying is that problems just feel more bearable when I at least try to see the good.
If I take infertility for example, I could say that it made my husband and I stronger, it made me more compassionate in general, it connected me with so many women I now consider my friends, it changed my entire career and in a very small way as evident in recent months, it prompted me to play a minor role in helping other women like me hopefully achieve their goals.
No matter what your situation or even the outcome, do you think this is possible? Can you take some of the worst things that have happened and find the good? I don’t know the answer for sure but again, I think it’s worth the effort.
Even though I don’t blog as much as I would like to, whether I’m dealing with questions like, “Why can’t I get pregnant doggy style?” or whether I’m home trying to remember where in the holy hell I put my glasses when they are usually on my face, I am thinking of all of you. We have all dealt with or are dealing with the same issue and that bonds us. I sincerely hope all of you can find moments of good in each of your days.

31 thoughts on “The “Sunflower Strategy””