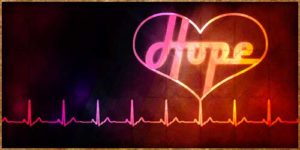 Let me tell you about the week of October 23rd as it was a roller coaster of a week. I was getting ready for ASRMin San Antonio and even came up with a cutesy-poo meme (of sorts).  Well, I thought it was cute. It was to be my first ASRM conference and I could NOT have been more excited. I would be flying first class to stay at a four-star hotel to meet with some friends, doctor’s, and folks who all care about family building. 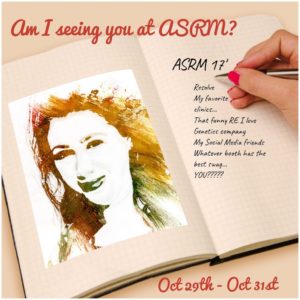 On Monday morning, October 23rd, I was on the elliptical when I saw I received an email. It was from Resolve letting me know that my blog was selected as the recipient of the Resolve 2017Hope Award for Best Blog. Given the caliber of the fellow nominees, I could not have been more floored. I’ve been writing this blog since 2009 and was always aware of this award. I also know the majority of the previous winners and I could not be in better company.

I do want to again take a moment and mention my fellow 2017 nominees as these were powerful pieces for this past year’s theme, ‘Listen Up’. Each of these women honestly and wonderfully shared a unique perspective that I know will resonate with many. I’m honored to have been included in this group. They are: 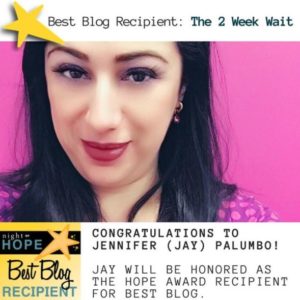 To get to attend ASRM on the heels of this honor made me even more excited to go. And so the week went on filled with ASRM preparation: Getting business cards ready, packing my best dresses, getting a pedicure, eye brows done, etc. You know… the essentials. When Thursday, October 26th rolled around, I was happy and having a good week and a particularly wonderful day. Then, as I walked home in the afternoon, I felt a familiar feeling that was NOT a good one. Since 2007, I have. on occasion, had something called tachycardia episodes. This means that my heart rate shoots up and more often than not, I pass out. I’ve had two bad attacks in the past few years but usually, they are somewhat small and brief. Plus, if I lay down immediately, they tend to pass. I had been told previously that these episodes would happen because I have low blood pressure and sometimes, my heart rate goes up to pump blood to the brain if my blood pressure drops. Turns out, this wasn’t exactly correct.

But back to the bad feeling and walking home…

I immediately laid down on the side walk. Germs and the white coat I was wearing at the time be damned. I wanted to lay down to avoid passing out and luckily, it worked. However, I couldn’t get back up without almost losing consciousness and my heart rate wasn’t slowing down. As insane as this sounds, I do live in Brooklyn so there are always people about but much to my good fortune, an EMT who just got off duty happened to be walking by. He took my pulse and said to me very seriously, “You need to go to the hospital now.” I explained to him that this happened before and that it was just my blood pressure but he was insistent. I would find out in the ambulance that my pulse was at 210 beats per minute. Even on my best day on the elliptical, I could never get it that high… so always listen to your neighborhood EMT.

I’ll spare you every detail but I ended up being in the hospital from that night until the afternoon of October 31st. This meant no ASRM. No first-class seats. No four-star hotel. Instead, I was in a shitty hospital bed hooked up to monitors next to a woman who cursed at the nurses and felt strongly she didn’t have to wear a hospital gown. Time to update my cutesy-poo meme with a more morose one. 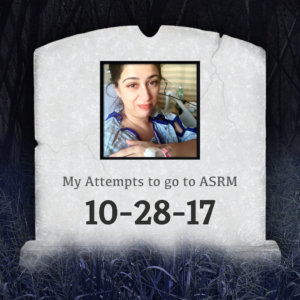 On the 30th, I had a “Electrophysiology and Radio Frequency Ablation” (that’s a mouth full!). Usually, this procedure takes one to two hours. Mine took four. Of course, it took four. Everything with me is difficult. All this time without knowing it, I had an extra “conductor” in my heart that would get into the circuit of things thus elevating my heart rate. It was next to a “good” conductor so I referred to the extra/bad one as it’s evil twin. The goal of this ablation was to burn the bad one (kill it basically) but making matters difficult was A) the bad one was super close to the good one and they were worried they’d affect the good one and B) the bad one was a thick fibrous pain in the ass that wouldn’t’ die an easy death.

Bottom line – It seems to have worked, I’m alive and home. Now the healing (and arguing with the insurance company) begins.

Between the Resolve Award and having to cancel last minute attending ASRM, I received so many texts, emails, messages, posts from the community. The community being infertility friends, Reproductive Endocrinologists, nurses, writers, companies, etc. The list is long and the fact that so many cared to either congratulate me or wish me well all in the course of one week sincerely meant more than I could ever say.

In 2009, when I started writing this blog, I was a sad person who had been trying to get pregnant for some time. I was about to do my first IVF and felt I needed others who understood to connect to. It’s 8 years later and I never would have imagined how much this blog and the “fertility world” would come to mean to me. I’m so grateful to have made the friends I have through this crazy, f’d up journey. And I swear to you – infertility folks have some of the best senses of humor (probably because we need to). The majority of my time in the past 8 years (either trying to conceive, helping support others trying to conceive and eventually going on to work in the fertility space), has been filled with love, support, humor and compassion. Some of the lessons I’ve learned recently is my existence has not gone unnoticed during that time and more importantly, that this community – whether they are on the patient side, the medical side, the advocacy side or all three – they do care about one another. We may not always communicate it well or agree on everything but there is mutual respect and appreciation.

So from the bottom of my recently repaired heart – thank you, thank you thank you for both the Resolve 2017 Hope Award for Best Blog and for your get well wishes. I will spend the next 8 years (and more) trying to repay everyone for their kindness.

2 thoughts on “Hope and Heart”