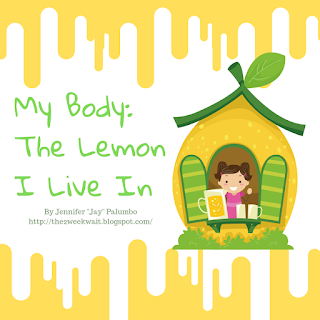 I’ve been thinking of the Gilda Radner quote, “It’s always something.” And with me, it always is. Whenever I ask certain people, “What’s new?” and they answer, “Nothing new really.” I’m always floored. Those people exist. They have lives that have their bumps here and there, and your typical stressful life (traffic, paying bills, where did I leave my keys, wrong size cup of Starbucks drink, etc.) but in general, if their lives were a television show, it most likely (and I say this with respect), would have been cancelled within the first season.

My life is on Season Six where I think they may be throwing in new and wild plot points to make sure people are watching. On one hand, I’m a little like, “SIGH. Really? Haven’t I been through enough?” but on the other hand, I appreciate that I have the sense of humor to withstand it and if you know me personally, you know that I’m always determined to make every setback an opportunity for something positive… or at the very least… a punch line.

Let me quickly sum up my life up until this point: I was born, I was shy, I worked through it with a sense of humor, I dealt with crap as we all do, barely graduated college (hated school), had a corporate job by day, was a stand-up comic by night (which wasn’t bad for someone who used to be shy) married another comic, we got married during a hurricane (did I mention my life is never boring?), we tried to conceive and despite being told by my fifth grade health teacher I’d get pregnant if I got sneezed on, I proceeded to need three years of infertility treatment where we depleted our insurance coverage and savings account and after several IVF’s only had ONE embryo to transfer. That one embryo, through a miracle, stayed and became my oldest son, MJ. MJ, when he was born early because I had a problem with my liver during my pregnancy (of course) and he was in the NICU for two weeks (of course). At 18 months, he would be diagnosed as being on the autistic spectrum (and please don’t ask me if it’s because he was vaccinated or conceived through IVF because it does not matter as he’s adorable, loving, high functioning and fabulous so who gives a f*ck?). After years of my infertility struggle, which affected me deeply, I changed the focus of my writing, humor, job, life, etc. and have becoming a fierce women’s health and fertility advocate. 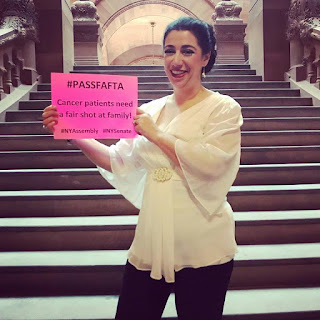 After I had MJ, I needed to have my gallbladder out… because I’m me. The BEST thing is I had it taken out on National Coming Out Day. So yes… my gallbladder was gay. I named him Gary, the Gay Gallbladder and I couldn’t have been prouder. KEEP ON CHASING THAT RAINBOW GARY.

After Gary’s coming out party, I somehow managed to conceive our second child, lowercase M, who is typical and an incredible asset to his older brother. I again managed to have liver problems during my second pregnancy but luckily, no NICU this time. With my family building days over, I was able to be all about advocating, writing, working, and dedicating myself to something I’m passionate about: educating and raising awareness around health advocacy AND trying to bring some levity to it as well too.

But… back to what’s going on.

In 2017, MY HEART BLEW UP. Well, ok. Not blew up but I had a tachycardic episode. I have had a few before then but in October 2017, my heart rate shot up to 220 (spoiler alert: that’s not good) and I needed a heart ablation. I wrote about this HERE. I’m still proud of being the youngest person on the telemetry floor and knew what “the Instagram” was compared to my fellow inmates who were all over the age of 70.

This brings us to my latest health issue: Things have been hunky dory since then… until October 2018. A year after my ablation. It’s like my body gave me a year of peace before it wanted to remind me I’m still it’s bitch. I experienced the most minor little tachycardia episode. I mentioned it to my cardiologist and he suggested we check my thyroid, as that can sometimes impact your heart. I had ZERO idea about this. I had known from my years of working in fertility that the thyroid CAN impact your reproductive health but the more research I’ve done since all of this has gone down, the more I’ve learned just how much the thyroid really does impact.

A quick side note: When I heard the term “gene expression”, my mind immediately went to expressions Gene Wilder would use like, “Strike that… reverse it.” Or “Life! Life, do you hear me?! Give my creation LIIIFEEE!!!!!!” But I digress… 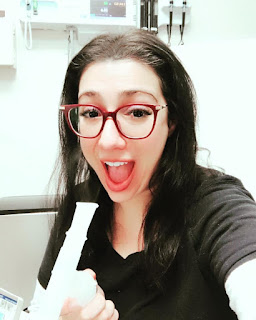 So, on March 20th, this Wednesday, they are removing the left side of my thyroid and doing a pathology report to find out definitively if it’s cancerous. If it is, I’ll have my entire thyroid removed and will be given radioactive oral medication (which means I’ll be LESS like Wonder Woman and more like Spider-Man). If it’s not cancerous, then I’ll have half a thyroid but still my whole sense of humor – RIM SHOT!

For those who have been following me for a while or on social media, you KNOW how much of a fan I am of Wonder Woman so to switch gears to Spider-Man is an issue. I’ve already been searching for Spider-Man pajamas for women and really, they can’t compare. I realize this is not a high priority right now, but I’d like to note that the world needs better super hero pajamas for adults. If I get through this with flying colors, this may be another cause I take up.

Obviously, I’ve known about this for the last few months but I didn’t want to say anything because A) I’m honestly embarrassed and annoyed with myself that I’m having YET ANOTHER F*CKING HEALTH ISSUE and B) I was hoping I’d have more information to give but every test that came back could never say for sure, “Cancer” or “No Cancer”. It always ended up in the, “We’re not sure” category. Which if you think about it, is so me.

When I was trying to conceive, I was “Unexplained”. My religion is “Agnostic”. Politically, I’m “Independent” and overall, my mood is typically, “Meh”.

The reason I’m sharing  this a few days before my surgery is for a few reasons:

In a study by Redbook and HealthyWomen (a non-profit dedicated to providing women with health information) that found that 45% of women over 30 do not make time for their own health, in part because they’re busy managing everyone else’s. As I called to tell some of my closer friends what’s going on, too many of them told me either they were afraid to go to the doctors and hadn’t been OR they hadn’t been themselves because they made taking their children to the doctor’s but not themselves.

I’ve also reached out to the American Thyroid Association (who have been lovely) and the more I read about all that could go “wrong” with the thyroid, the more I genuinely wanted to help be a part of helping educate others on it.

I’m not sure what the coming weeks will hold since it’s clear my body is a bit of a lemon, but I’m determined to proceed with humor, encourage both men & women to be proactive about their health and provide information about the thyroid (that mysterious butterfly shaped like gland that is currently pissing me off).

So, stay tuned and thank you in advance for following along and the support.

2 thoughts on “My Body: The Lemon I Live In”